This is the first post of, well–I’m still undecided how many there will be–in which I shall provide excerpts from the writings of Pope John XXIII. I do not pretend to provide an exhaustive portrait of his magisterium, merely to provide statements of his which I think could use a dusting off. For, while Pope St. John XXIII is a much-adored pontiff, “a good pope” in the minds of most Catholics, I think much of his appeal is based on a superficial awareness–if not a studied ignorance–of many things he actually taught. In a word, Pope St. John XXIII is not nearly as “nice”–nor, for those of a more splenetic nature, as “evil”–as most people assume he is, the reigning assumption being that he was a doughy old man who wanted to Protestantize the Church and free Christians from the chains of conservative morality and traditionalism. The following details from his biography (linked above) should indicate, in broad strokes, how wrong his unreflective “fans” and “enemies” are:

In the seminary he taught history, patrology and apologetics. He was an elegant, profound, effective and sought-after preacher. These were the years of his deepening spiritual encounter with two saints who were outstanding pastors: St Charles Borromeo and St Francis de Sales.

Wait, that doughy old man knew the Fathers deeply? The jolly Modernist pope taught Catholic apologetics? The father of the Church’s demise was deeply bonded to two of the greatest Counter-Reformation saints? Yep. Turns out, Pope Teddy Bear has some claws, after all.

(You’ll forgive my bias, since St. Francis de Sales is my patron saint. Hint: see the background wallpaper of this blog.)

Lest I seem to be whitewashing my own views just in the interest of being “nice”, let me clarify my position on John XXIII as papal teacher and John XXIII as the engine for the Second Vatican Council. I accept Vatican II as a valid, ecumenical council of the Church, and therefore as being free from any claims that bind all the faithful to heresy. I do not think John XXIII wanted to Protestantize the Church, and I certainly do not think that V2 destroyed the Church.

At the same time, however, I think John XXIII was immensely naive about how fast the world, and Christendom, was changing, and by wedding the Church to such an unceasing evolutionary current, he subjected the stable, immovable Church to a shear stress which She may have never had to endure on so many levels at once. Whereas as previous councils had served to tackle and terminate particular threats hitting the Church in a perpendicular, “normal stress” fashion, the Second Vatican Council subjected the Church to pressures bearing against Her entire constitution in parallel (or “all at once,” you might say). Precisely because the bulk of the world is constantly shifting and drifting, the shear stress applied to the Church by coupling every aspect of her mission with worldly concerns never allows the Church to regain her composure. As long as the world keeps gyrating, the ideologically hyperlinked Church of Vatican II will have no choice but to keep doing the same.

As such, John XXIII’s attempts to gear an ecumenical council to a two-way, unending engagement–dare we say concordat?–with the contemporary world was all but doomed to fail. The nature of the world is too protean, and too contrarian, to be appeased by a “pastoral” outreach like John XXIII envisioned. On the other hand, the nature of the Church is inherently conservative, prudent, and discerning to be able to adapt to the protean flux of worldly evolution, without grave risk to her own members and authenticity. Vatican II was called to engage “the modern world,” but within a generation it was facing the postmodern world, which, logically, rendered “the modern council” a pre-modern artifact of stop-gap pastoralism. Lest the Church appear “out of date” or “timeless,” must we call yet another council? At what point does the contemporaneous pastoralism simply become extemporaneous adventurism? (Hint: very quickly.) Thus, whatever John XXIII thought “[his] council” would achieve, I think that by now even he would agree that it has failed in many respects. Unfortunately, however, the zeitgeist–the overweening animus–in the Church these days is that the Second Vatican Council must–SIMPLY MUST, by any means necessary–turn out to be a success. This conciliar monomania is, sadly, as much the legacy of John XXIII as the genuine fruits of the council. The point of my series about his magisterium is to help liberate his timeless wisdom from such myopic monomania.

Aside from being too jocund about the receptivity of “the modern world,” Pope John XXIII also seems to have been unaware how deep the clefts were between warring theological camps within the Church. Without actually defusing this internecine warfare, his council embedded the balkanizing dichotomy in the very fabric of the post-conciliar Church. I believe this ideological dichotomy is virtually personified in Pope Francis, the first entirely “conciliar pope”, which helps explain why he is so hard to pin down, and why the internecine lines within the Church are, despite the incessant Noise Machine of Nifty, Nice and New, actually deepening and fortifying under his reign. Pope Francis is the Second Vatican Council come of age, and I honestly don’t know what that portends for the Church (and in this instance, by “Church,” I mean my own children and grandchildren).

In any case, to return to Pope John XXIII: his seemingly manic desire to get the council up to speed and on the road led him to sacrifice prudence to expediency, and established unresolved theological conflict as a feature, not a bug, of post-conciliar Catholicism. Thus, thanks to the alchemy of a gerrymandering ecumenism, dispute has been transmogrified into dialogue, conversion into conversation, repentance into reflection, liberty into license, and worship into a workshop. By calling the entire Christian world to reassess and debate every single aspect of the Christian truth and mission, John XXIII created a sense–indeed, a persistent failure of nerve–that everything was up for grabs. At the same time, by insisting on early resolutions, John XXIII established a conciliar groove of shallow unity based on theological imprecision and official ambiguity (cf. also this testimony) which has plagued the Church to this day. In a word, in calling Vatican II I believe that John XXIII meant well as sincerely as I believe that he judged poorly.

Or, as one colleague put it: 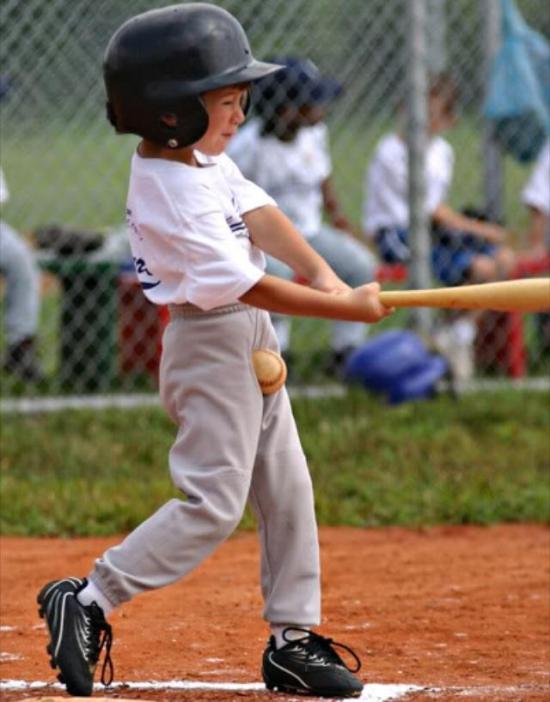 Someone’s bound to get hurt.

But enough of my prologue.

6. All the evils which poison men and nations and trouble so many hearts have a single cause and a single source: ignorance of the truth—and at times even more than ignorance, a contempt for truth and a reckless rejection of it. Thus arise all manner of errors, which enter the recesses of men’s hearts and the bloodstream of human society as would a plague. These errors turn everything upside down: they menace individuals and society itself.

7. And yet, God gave each of us an intellect capable of attaining natural truth. If we adhere to this truth, we adhere to God Himself, the author of truth, the lawgiver and ruler of our lives. But if we reject this truth, whether out of foolishness, neglect, or malice, we turn our backs on the highest good itself and on the very norm for right living. …

9. It is clear that We are discussing a serious matter, with which our eternal salvation is very intimately connected. Some men, as the Apostle of the Gentiles warns us, are “ever learning yet never attaining knowledge of the truth.” (5) They contend that the human mind can discover no truth that is certain or sure; they reject the truths revealed by God and necessary for our eternal salvation.

10. Such men have strayed pathetically far from the teaching of Christ and the views expressed by the Apostle when he said, “Let us all attain to the unity of the faith and of the deep knowledge of the son of God… that we may no longer be children, tossed to and fro and carried about by every wind of doctrine devised in the wickedness of men, in craftiness, according to the wiles of error.” [Eph. 4] …

14. And in this day of ours, as you well know, Venerable Brethren and beloved sons, we also have radio broadcasts, motion pictures, and television (which can enter easily into the home). All of these can provide inspiration and incentive for morality and goodness, even Christian virtue. Unfortunately, however, they can also entice men, especially the young, to loose morality and ignoble behavior, to treacherous error and perilous vice.

15. The weapons of truth, then, must be used in defense against these weapons of evil. We must strive zealously and relentlessly to ward off the impact of this great evil which every day insinuates itself more deeply.

16. We must fight immoral and false literature with literature that is wholesome and sincere. Radio broadcasts, motion pictures, and television shows which make error and vice attractive must be opposed by shows which defend truth and strive to preserve the integrity and safety of morals. …

17. Some men, indeed do not attack the truth wilfully, but work in heedless disregard of it. They act as though God had given us intellects for some purpose other than the pursuit and attainment of truth. This mistaken sort of action leads directly to that absurd proposition: one religion is just as good as another, for there is no distinction here between truth and falsehood. “This attitude,” to quote Pope Leo [XIII], “is directed to the destruction of all religions, but particularly the Catholic faith, which cannot be placed on a level with other religions without serious injustice, since it alone is true.” (9) Moreover, to contend that there is nothing to choose between contradictories and among contraries [yet cf. CCC 1886ff.] can lead only to this fatal conclusion: a reluctance to accept any religion either in theory or practice.

19. …  Our spirit will rest in peace and joy only when we have reached that truth which is taught in the gospels and which should be reduced to action in our lives. … 20. … For there is only one cause of discord, disagreement, and dissension: ignorance of the truth, or what is worse, rejection of the truth once it has been sought and found.

Stay tuned for more highlights from this strangely mummified pope. Why, it’s almost as if his convocation of the Second Vatican Council is the only thing that matters to most Catholics about his papacy. As we shall see, however, there is more to this jolly pope than his longstanding desire for a modern ecumenical council.

Catholic convert. Quasi-Zorbatic. Freelance interpreter, translator, and web marketer. Former ESL teacher in Taiwan (2003-2012) and former public high school teacher (2012-2014). Married father of three. Multilingual, would-be scholar, and fairly consistent fitness monkey. My research interests include: the interface of religion and science, the history and philosophy of science and technology, ancient and medieval philosophy, and cognitive neuroscience. Please pray for me.
View all posts by The Codgitator (a cadgertator) →
This entry was posted in Uncategorized and tagged Pandora's Council, Pope John XXIII, Second Vatican Conch Shell, This is Denzinger, We need an alpha male pope. Bookmark the permalink.