On the way to work this morning, I happened to flip the radio to Nice Pretty Reporting, and shucks if I wasn’t greeted by the warbling voice of our dear ol’ POTUS. He’s in South Africa giving memorial honors to the late Nelson Mandela (whose last name, the POTUS modeled for me, is apparently pronounced “Mandeewa”, or something like that, or maybe it was just a local name for Mandela [this post by Brandon helped me learn that I was hearing “Madiba,” the clan name for Mandela]). After dispensing his usual bloviated, Jeremiah-Wright-Lite fare for such occasions, Obama brought his droning to an end, and then the NPR newsie began his commentary. “That was a portion of Barack Obama’s eulogy for Nelson Mandela, wherein he linked Mandela’s struggle against apartheid with everything from gay rights to economic inequality and international conflict.” 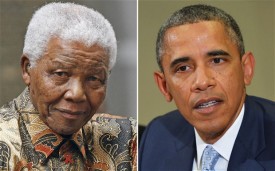 I’m paraphrasing, but the newsie said something very much like that. What made me chuckle was hearing, with what sounded like the faintest hint of drollness, the newsie say, “with everything from…to….” I chuckled because it’s exactly the sentiment I had as our Droner-in-Chief eulogized the late political prisoner, Nelson “Rapunzel” Mandela. “Easy now, Obama, let’s not get carried away,” I said to the radio. “To liken every progressive struggle to the struggle against apartheid not only cheapens the good which Mandela achieved, but also obscures what is in fact at issue in other social causes.”

But then I reminded myself that Obama’s overreach was a feature, not a bug, of progressive politicking. It’s what I call The Schruggle (as in, the advocate of some cause is so passionate about his pet cause that he can’t even pronounce the word “struggle” without spitting it out in a frothy burst of stifled protest). The Schruggle is that amorphous, progressive sense that The World Is Not Right and that The Government Must Do Something NOW. It’s the impulse to treat one’s biggest social grievance as the apotheosis of all that is wrong with the world. You want to redefine marriage (so that anyone can have stars on their bellies after their ritzy wedding show)? Invoke THE SCHRUGGLE! You want to raise minimum wage (so that employers reduce their hiring opportunities, untrained workers have even less access to the workforce, and minimally trained workers have no incentive to advance)? Invoke THE SCHRUGGLE!

A key element of The Schruggle is that it feeds on every legitimate struggle for justice as a blurry but soothing metaphor for any-struggle-you-like. The Schruggle can only survive parasitically. Since it has no clear aims of its own, The Schruggle must latch onto every hint of a genuine injustice, even if it means ignoring the underbelly of that struggle, or, more to the point, ignoring the crucial dissimilarities between one’s Schruggle of the Week and a legitimate struggle, which needs informed, local activism, not the meta-vampirism of All Schrugglers Everywhere. The essence of this moral opportunism is to maintain a steady stream of high-sounding, moralistic rhetoric and buzzwords, even while rejecting an objective moral order. For the goal of The Schruggle is not any particular, morally coherent social victory, but rather simply to see that all existing structures succumb to the endless disintegration of progressive firebombing and ideological vandalism. “Things,” you see, are not “fair,” you see, and therefore, in the spirit of la revolución permanente, we “cannot leave things as they presently are.” Because the world does not conform to the progressive’s desire for egalitarian obsequiousness, therefore the world must not conform to any lasting moral principle or hallowed social organ. The Schruggle, thus, aims not simply to break a bad bone and reset it, but rather to break every traditional bone so that the world become a shapeless blob of internally fragmented immanent flesh. The victory of all body politics is the destruction of the human body as we know it. 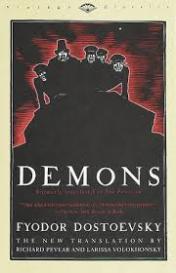 Which brings us back the Droner-in-Chief. His handy-dandy Schruggler Filter let Mandela’s resistance to apartheid pass, but it weeded out any reference not only to the heinous tactics Mandela actually deployed, but also to the his equally heinous zeal for abortion rights. This perfectly captures the willfully incoherent nature of The Schruggle. By that logic, it is wrong oppress one kind of persons with “violent,” “unjust” “social structures,” but morally laudable (or at least uncontroversial) to terrorize a nation (boastfully, no less!) with something as atrocious as necklacing–anything for The Schruggle!*–, and to condemn a whole other class of persons to the chopping block of hyper-sexualized, liberal whimsy. For what else is the so-called “right to abortion” than a form of fetal apartheid? The Schruggle needs Mandela not because apartheid really pertains to “gay rights” or “abortion rights,” but simply because he is a charming face to paint on the underlying diabolical desire to undo all that sustains mankind in its integral development. There’s no need to be coy, either: Obama unmistakably turned up the Black Preacher module in his eulogy because he fancies himself a Mandela 2.0. What better way, after all, to describe the trainwreck that is his “universal healthcare victory” than as a case of The Schruggle?

Mandela was one of those “famous role models” whom, as a child, I was taught to adulate, but it’s only recently that I have come to see his clay feet. Is he a hero? I can agree that he is only in a narrow sense. Does he deserve to be praised by all, even by leading clerics? No. His great flaw is that he so gleefully committed evil in order to achieve good. As such, I think Bishop Tobin’s recent statement on Mandela is pitch perfect, hence I leave you with it:

“While we pray for the peaceful repose of President Mandela’s immortal soul and the forgiveness of his sins, we can only regret that his noble defense of human dignity did not include the youngest members of our human family, unborn children.”

Catholic convert. Quasi-Zorbatic. Freelance interpreter, translator, and web marketer. Former ESL teacher in Taiwan (2003-2012) and former public high school teacher (2012-2014). Married father of three. Multilingual, would-be scholar, and fairly consistent fitness monkey. My research interests include: the interface of religion and science, the history and philosophy of science and technology, ancient and medieval philosophy, and cognitive neuroscience. Please pray for me.
View all posts by The Codgitator (a cadgertator) →
This entry was posted in Uncategorized and tagged abortion, droner of a lonely heart, Kulturkrampf, Obama, permanent revolution, pro-life, The Schruggle. Bookmark the permalink.