I’m not dead yet…

…but being dead to the world is sometimes the best medicine.

When not interacting with friends and family, I spent most of my time over the Thanksgiving break reading, watching comedy, exercising, and tidying up some grade reports. I didn’t blog at my usual capacity, and barely delved into my usual tour of blogs.

Does this mean that I’m going back into blogger’s hibernation? No, but I have decided that, aside from writing about the topics I already had slated, I will pretty much entirely avoid discussing (and perhaps even following) Catholic current events, at least as far as the current papacy is concerned. I’m not dead yet, but I am tremendously exhausted. I am in a deep funk about my job situation and Advent started with a complete flop.

(Incidentally, at Vatican Radio , Vatican Insider, NCReg, and CNA, the homily is still reported as saying, “Jesus does not become angry, but pretends to…” and the original Italian at News.va reads to the same effect: “Gesù non si arrabbia, ma fa finta quando i discepoli non capivano le cose”.)

Here I’ll just reproduce the comments I made at Fr. Blake’s post, which were prompted in part by this “pretentious” malapapalism, and in part by people’s reactions in the combox:

“But he hasn’t changed any official doctrine!”

I spent nearly two months at my blog working through the utter disorientation and desolation I felt at the content and impact of the pope’s early, “big” off-the-cuff remarks and interviews. It was a sort of consolation to have the Scalfari interview removed and to see the pope correct himself, sort of, on some other contentious points, but by now I’m simply exhausted. This kind of thing is going to plague this papacy until it’s over, and my faith, much less my sanity, cannot endure trying to unpack and clarify gaffe after gaffe. Our pope is a coarse man, reckless in his words, vulgar in the most authentic sense, and I’m perfectly happy listening to him only when he speaks authoritatively on clear matters that pertain to his magisterium. The rest is just a torrent of ecclesiologically Peronist soapbox improv, and my attention is better spent elsewhere. Specifically, I have zero interest in reading Evangelii Gaudium.

I’m bemused by some in Fr. Blake’s comment thread who seem to think that this is the first time that Pope Francis has mangled the patent teaching of Scripture (albeit non-dogmatically, so it’s all good, yo); I can think of at least two, or three, other cases, of his exegetical casuistry: his sermon on the multiplication of leaves and his claims about the relative value of the Marian vs. Marthan chrisms (his claim that God never gets angry is a possible third case). And lo–! As if right on cue, thanks to Jonathan in this thread at Bones on the same malapapalism, I became privy to another exegetical epiphany from Pope Francis:

‘[T]he first and the greatest of the commandments, and the one that best identifies us as Christ’s disciples [is]: “This is my commandment, that you love one another as I have loved you”’. — Evangelii Gaudium §161

I am aware of John 13:34-35–“A new commandment I give unto you: That you love one another, as I have loved you, that you also love one another. By this shall all men know that you are my disciples, if you have love one for another”–, but the pope’s written assertion in E.G. manifestly conflates our Lord’s words in Matthew 22.

But hey, maybe He was just pretending.

All this will surely just confirm my cynical hunch: It simply does not matter what this pope says, since it is always jesuitical and sounds Christianesey enough to be defended without any qualms by legions of soft ultramontanists with keyboards. The irony, of course, is that Pope Francis knows that he can get away with these astounding statements, and so they will persist. I can’t keep up with this papacy, and I can’t bear to wrangle over the papal midrash among faithful Catholics, so I will be happy to watch the melee from afar. I’d rather be invisible than insane. 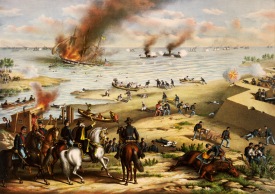